Chances are, if you are a breastfeeding Mama, you’ve heard other Mamas talk about a funny looking silicone pump called the haakaa. 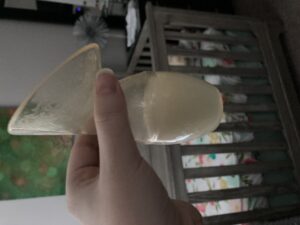 But, did you know, the simple haakaa is a magic tool that can help you build your breast milk stash almost effortlessly?

Want to learn more about the haakaa and how it can work for you? Read on.

Disclosure: I am an Amazon affiliate partner, which means I earn a small commission from items linked on this post should you choose to purchase.

What is the haakaa?

The haakaa is a small, one piece silicone breast pump. Although technically it is not a pump because it only uses suction, it collects milk from one breast at a time.

Get the basic haakaa here. (Amazon currently has it on a killer sale!)

Get the haakaa with stand and flower plug here– helps to keep your precious milk from spilling!

How does the haakaa work?

The magic power of the haakaa is that it works through the use of suction. When you place it on correctly, it will stick to your breast and catch any milk from your letdown.

It is especially great to use while your baby is nursing on one breast. You attach the haakaa to the other breast and your baby will stimulate milk flow just by eating from the opposite breast.

A haakaa is super convenient because it is small, only one piece, and noiseless.

What do you do with haakaa milk?

You store your expressed milk from the haakaa the same way you store any expressed milk. You can refrigerate it, put it in a breast milk freezer bag, or add it to a bottle for later feeding. Remember, freshly expressed milk is good at room temperature for up to four hours.

After that, it should be refrigerated or frozen for later use.

Does the haakaa empty the breast?

Yes and no. The longer you keep it on, the more milk it will draw out. I have found that if I’m extremely full of milk, sometimes the haakaa won’t draw out any milk. In that case, I use my hand to do a gentle massage to stimulate milk flow and then reattach the haakaa to collect the milk. That usually does the trick and the haakaa will begin to fill up. 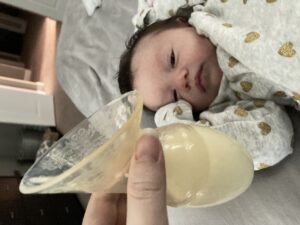 Simple tricks to using the haakaa

How to Build a Freezer Stash using the haakaa

If you want to build a freezer stash of extra breast milk, using the haakaa is one of the easiest and effortless ways to do so!  Simply use the haakaa each time you go to nurse your baby and once you’ve gathered a certain number of ounces (4-5 is what I usually aim for), transfer it to a freezer bag and mark it with the date you obtained it.

If you don’t want to use the haakaa for every feeding, you can still build a great freezer stash of milk by using it for the morning feeding, which is generally when you produce the most milk.

Here’s a link to the haakaa with a flat lid to reduce spills.

Once you learn how simple it is to incorporate the haakaa into your nursing schedule, you’ll want to use it all the time!  Especially as you watch that extra breast milk start to build up in your freezer.

For the price, the haakaa is an incredible bargain that will help you on your breastfeeding journey! 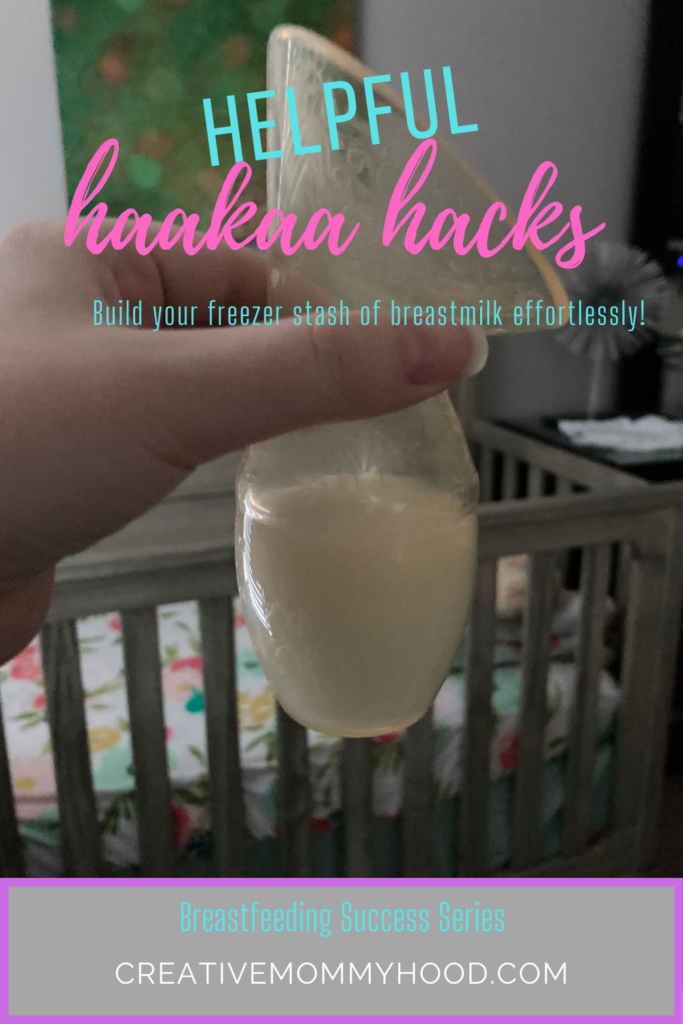 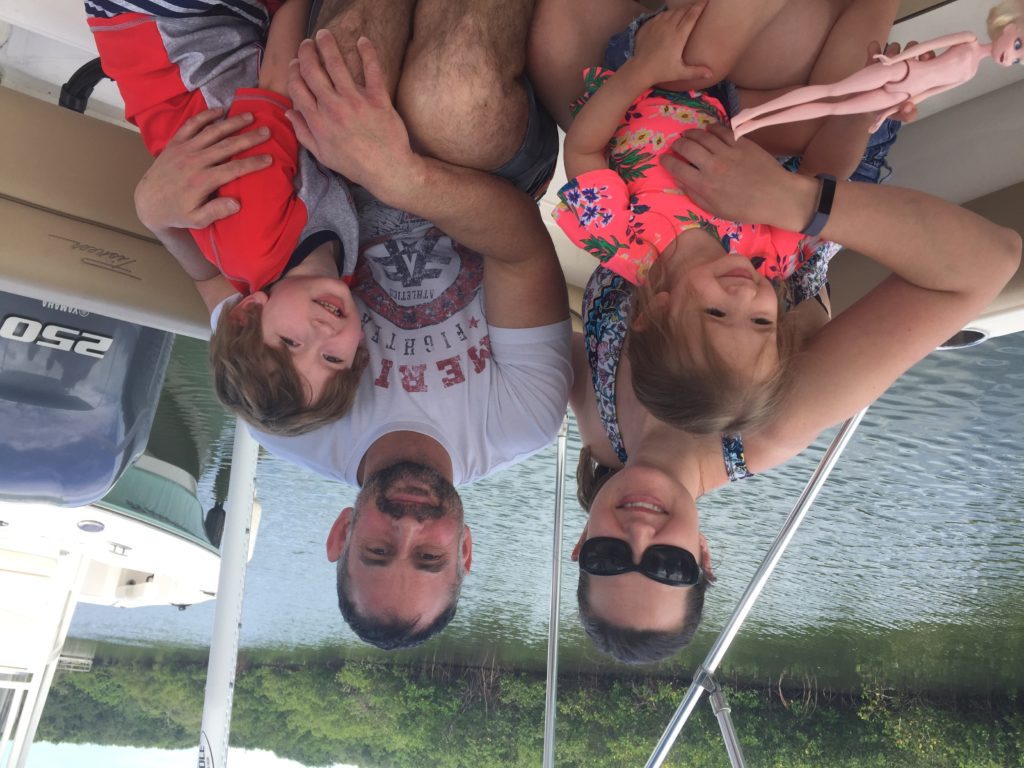 Hi! I’m Kristin and welcome to my little corner of the world! I’m a God-lovin’ Wife, Mommy, Musician, and Author seeking to find creative inspiration in everyday living.

My goal is to help you, dear Momma, fall in love with your AH-mazing life!

How did Creative Mommyhood come to be and what can it do for you? Read more of my story here.