Adventures with an Instant Pot

Have you jumped on the latest trend in small kitchen appliances? If you guessed I’m talking about an Instant Pot, you’re exactly right! They are all the rage in 2020. If you haven’t tried out this appliance, you can read about my own (fairly new) relationship with my Instant Pot. Maybe it will inspire you to try this trendy appliance in your own kitchen! 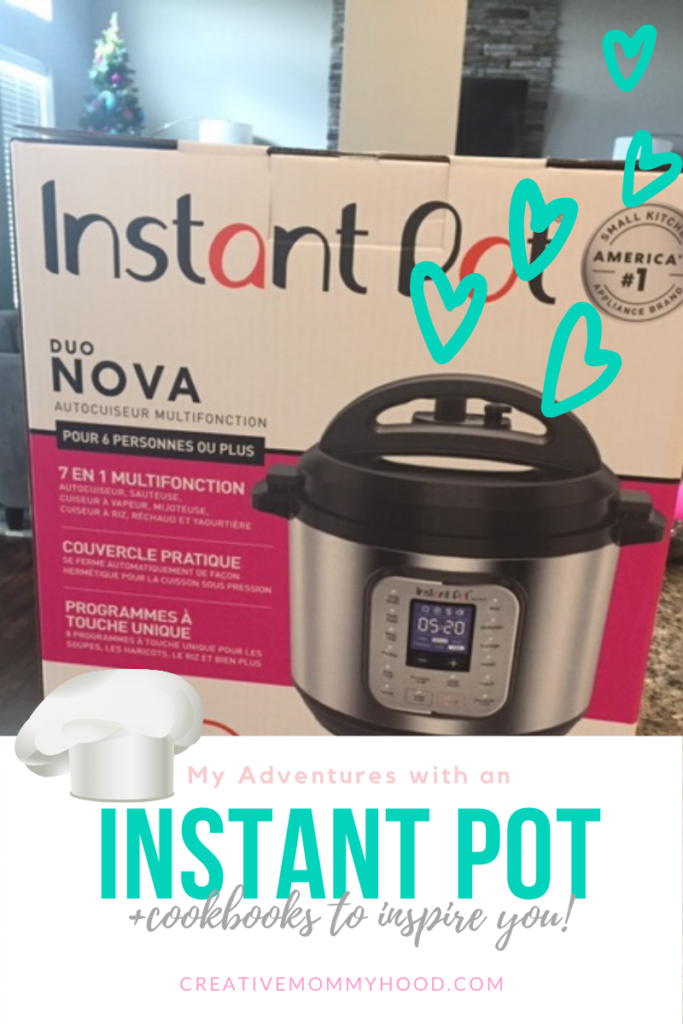 Disclosure: This post contains affiliate links, providing me with a small commission if you choose to purchase an item listed here at no extra cost to you.

Am I a Cheater?

Here’s a silly confession: I was a little afraid to ask for an Instant Pot for Christmas because I thought perhaps it would feel like cheating on my slow cooker.

As if my slow cooker is sulking in the cabinet…😂.

Welcome to my weird world, one in which I regularly personify objects that actually have no feelings.

Once I got over that ridiculous cheating notion, I decided I really would like to try out the Instant Pot. So I asked for one as a Christmas gift.

Here is the model I received: Instant Pot Duo 8-quart <—–Check it out!

Even after I got the appliance, it sat in my garage for a couple of weeks because I was pretty intimidated by it and scared I would accidentally ruin the first dish I attempted to make in it. 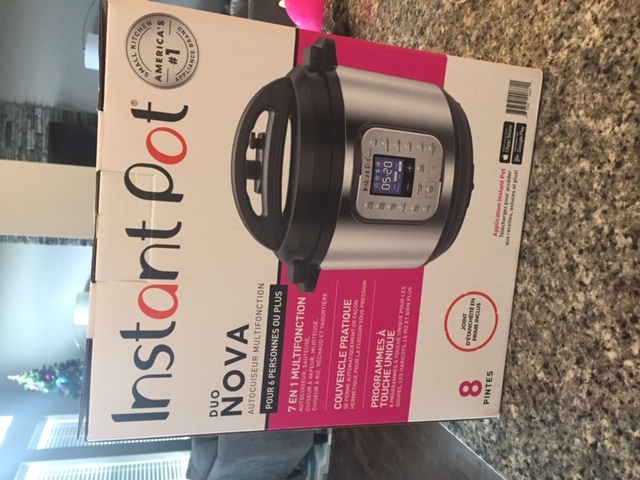 Along with my new Instant Pot, I also received a cookbook especially made for my brand of the appliance. This was a true Godsend!

Turns out this book was just what I needed to be brave enough to try my first recipe.

Conveniently, or not depending on how you frame it, my household got sick shortly after I read through the book. I decided to make my first Instant Pot recipe: comforting chicken noodle soup.

The verdict: Oh my Campbell’s, it was so good!

The chicken was cooked first, and I used 6 drumsticks. Once I understood the basics of the pressurizing of the appliance, I was able to easily set the chicken to cook and walk away. When it was done, I used tongs to move the drumsticks from the pot to a plate so I could shred the meat. I didn’t have to do much work though because the meat was literally falling off the bone.

For the noodles, the recipe called for linguine, so that’s what I used. It came out perfectly cooked.

This recipe was so good and so comforting, I don’t think I can ever go back to canned CNS anytime soon. If ever. Instant Pot for the win!

A couple of Saturdays later, I decided to try out an oatmeal recipe in the Instant Pot. My two year old was already awake for the day, so I asked her if she wanted to help Mommy make breakfast.

She was excited to help, but wanted to taste our creation much sooner than it was ready. The one downside I’ve noticed about the Instant Pot is that it takes time to come to pressure and time to rest after the cooking is completed. It still does most of the work for you after you’ve prepped your ingredients though.

About a half hour after we put the ingredients in, the kitchen smelled of yummy cinnamon and the oatmeal was ready.

The verdict: The oatmeal was not initially sweetened at all, so I added a pat of butter and a little brown sugar to mine and my daughter’s bowl. She loved it and ate most of what was in her bowl. I enjoyed it as well, but didn’t really care for the raisins. I might leave those out next time.

The best part was that the recipe made a lot of oatmeal, so we were able to have leftovers for the following week’s breakfasts. I also encouraged my husband to try it. I knew he’d like it because he doesn’t usually sweeten his oatmeal at all.

Another great win for my Instant Pot!

Make Ahead Mexican (and a Near Fail)

Last week, I decided to try out an online recipe for my Instant Pot: Burrito Chicken.

I told my husband I’d make it Monday night since I’d taken the day off to recover from my vision correction surgery the week before. The recipe seemed easy enough, even for my tentative vision.

My only concern was that the recipe called for the chicken to cook at high pressure for only six minutes. That seemed a little short for me, even as I plopped two plump boneless, skinless breasts in the pot before seasoning them with cumin, salt, pepper, and salsa. Once the chicken was cooked, I would need to remove it and shred it.

The dish cooked and I allowed it to rest before I released the pressure manually. Then I speared a chicken breast and put it on a plate to shred. No dice. My husband quickly pointed out that the chicken was still raw inside.

I had a moment of panic because I wasn’t quite sure how much longer the chicken would need to cook, especially in the Instant Pot. I didn’t want to overcook it, making it dry and effectively ruining dinner.

After a few calming breaths, I decided to try out the poultry setting on the pot and cook it for an additional 5 minutes since the chicken was already partially cooked.

Lo and behold, it worked! This time when I attempted to shred my chicken, it was fully cooked, and thanks to the salsa, not a bit dry.

I loaded in the two remaining ingredients: canned black beans and a cup of heated corn, and dinner was ready!

We spooned the burrito chicken on tortillas and added a dollop of sour cream to each plate for dipping.

The verdict: I really enjoyed this recipe, and my husband did too! When I make it again, I’ll use the Poultry setting on my Pot for a total of 12 minutes.

Cookbooks are like friends to me.  I write in them, cook from them often, and return to the recipes I love over and over again.  There are 3 cookbooks I’ve used in the last 5 months that may be of interest to you.  Two of them are specifically for Instant Pot cooking, and the other one does include some Instant Pot recipes, but is just all around great for other kinds of cooking too!

I have a feeling there’s a lot more to come out of my Instant Pot, even this month! You know what I’d really like to try? Hard-boiled eggs and a dessert (not at the same time 😆).

What else should I make in my Instant Pot? Leave me a comment or recipe below, and if I choose to make that dish, I’ll give you a shoutout!

Hi! I’m Kristin and welcome to my little corner of the world! I’m a God-lovin’ Wife, Mommy, Musician, and Author seeking to find creative inspiration in everyday living.

My goal is to help you, dear Momma, fall in love with your AH-mazing life!

How did Creative Mommyhood come to be and what can it do for you? Read more of my story here.